Bruno Mars & Major Lazer Take Us Back To ‘Heaven’ 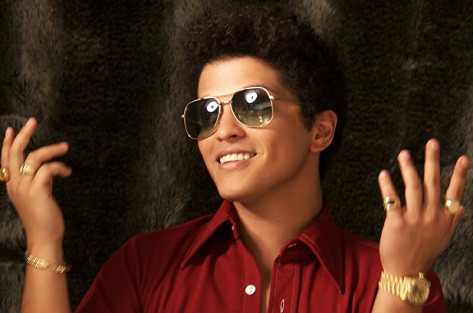 Well it looks like another Bruno Mars album is upon us, and I'm not entirely sure how I feel about that yet. While his debut had a few standouts tracks and more than a few commercially successful hits, I mostly saw his brand of pop to be as baby-faced as both the singer himself and its target demographic. After hearing the lead single "Locked out of Heaven" from his sophomore offering Unorthodox Jukebox a few weeks back, I was almost certain that I had heard one of the album's best cuts. And now, with Unorthodox Jukebox released and in my possession, I have yet to listen to anything other than my guilty pleasure of choice until now. Major Lazer deviates from that Snoop Lion debacle and putting the final touches on their forthcoming album to give the Bruno Mars track a fitting remix. The "Locked out of Heaven (Major Lazer Remix)" has the production team dropping The Police-inspired production of Mark Ronson, Jeff Bhasker and Emile Haynie in exchange for their trademark dancehall groove. Stream the remix and try to enjoy it as radio beats us over the head with the original.