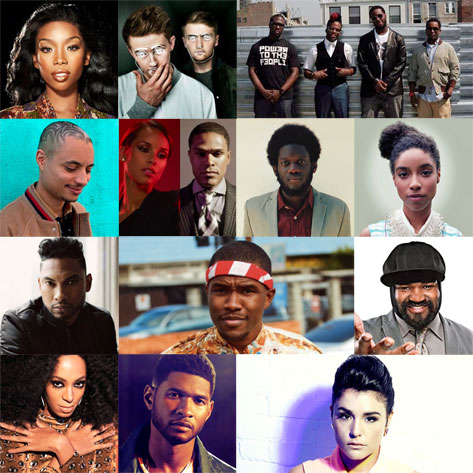 We knew back in January that 2012 was going to be a pretty amazing year musically, but we really had no clue just how amazing it would be. Then new releases, artists and sounds came at us at a feverish pace throughout the year with hardly any time for us to catch our breath or rest our dancing feet. At times it was hard for music lovers such as ourselves at SoulBounce to even keep up, but keep up we did and through the thousands of songs that graced our ears we managed to narrow them down to the best according to our esteemed panel of Contributing Editors. Have a look at this Hot 16 list of SoulBounce's Best Songs of 2012 and you'll see just how amazing this year sounded. Then come back on New Year's Eve to see which one of these songs gets Song of the Year accolades at this year's SoulBounce Honors.
Center

When it came to Brandy's comeback, "Put It Down" had us a little afraid. Luckily, she had this little gem up her sleeve. Inspired by the love she found with boyfriend (and now fiancé) music exec Ryan Press, a joyful Brandy delivers great vocals over a laid-back track that would fit in just fine with the best of her platinum-selling catalog. If this one didn't get you to hop on the welcome back bandwagon, then you need to fix your ears. -- D-Money 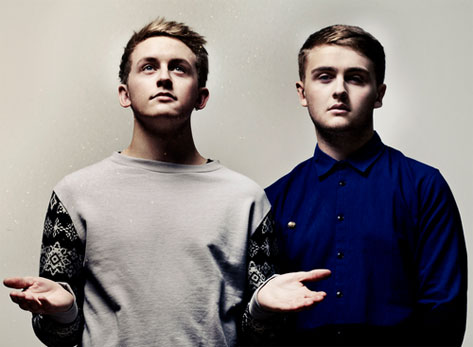 This year the UK garage-house production duo known as Disclosure released their engaging debut EP, The Face, but what really raised eyebrows was the fizzing cosmic climb known as "Latch." Incredibly catchy it was as it encapsulated the best of what is the soul-electronica hybrid that has become such a trend this year. With relative unknown Sam Smith crooning his way through this unwavering ode to instant romance, Disclosure made a song that evoked memories of what we love (and miss) about '90's R&B, but took it onward into the next futuristic step. -- AudioDiva 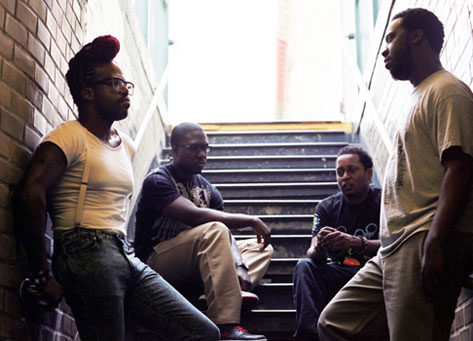 When two of the site's favorites joined forces, we automatically expected it to be magical and this collaboration didn't disappoint. KING's ethereally-layered vocals proved an amazing complement to Robert Glasper's tickling of the ivories. Within the song's opening finger-snapping moments, we are instantly transported to a languidly tranquil place that soothes and comforts the soul. And while the numerous reworks that sprang forth from the song's remix competition were good, none of them held a candle to the sensual simplicity found in the original. -- Ivory

If you're going to do a remake, then this is how you do a remake. Instead of doing a straight-ahead cover of Sade's "Cherish the Day," the Robert Glasper Experiment decided throw the song back into the fire, melt it down and mold it into something entirely new yet endearingly familiar. The wisest decision of all was to enlist Lalah Hathaway to slather her molasses-rich vocals all over this composition and take listeners on an amazing journey into soul and jazz. -- Butta 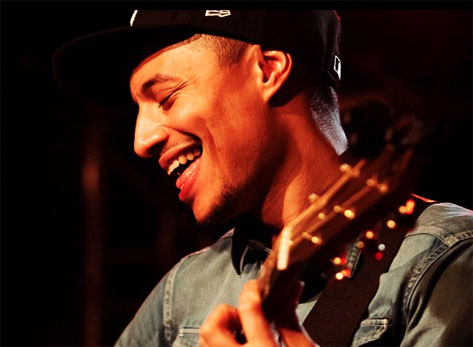 José James: "It's All Over Your Body" [Listen][Amazon]

It's safe to say that we've been waiting for José James' upcoming album, No Beginning, No End, probably ever since shortly after the last one was released in 2010. Not to rush the man, but that's how much he has us fiending for his brand of jazz with hip hop and soul sensibilities. He finally scratched our itch in 2012 with the It's All Over Your Body EP and its sensual title cut and remixes. When listening to "It's All Over Your Body" with José's clever wordplay atop his band's jazzy instrumentation, satisfaction was surely guaranteed. -- Butta 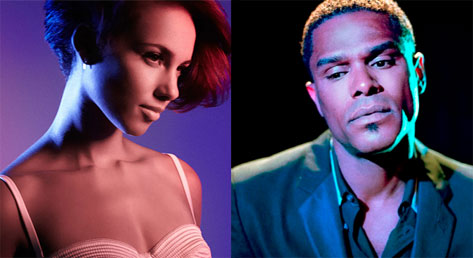 We heard it and then we lost it. True story. We flipped out here at SBHQ when we first heard this delicious Pop & Oak-produced duet between Alicia Keys and Maxwell. To hear Maxwell's voice on anything new in 2012 was reason enough to celebrate, but the fact is the song deserved the praise immediately heaped upon it by the staff. To be sure, it was unlike anything we'd heard from Mrs. Keys-Beatz before. By the time her words were reduced to barely decipherable gibberish near the end of the song, it was clear that she and Maxwell had generated enough heat from this single to burn clear into the new year. -- Lady J 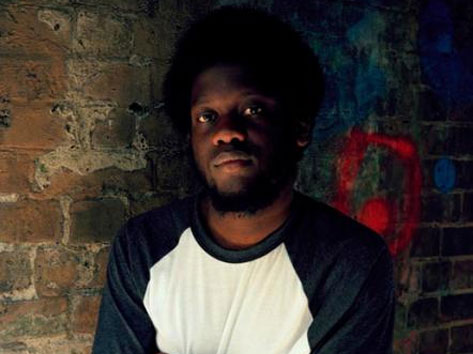 Taking a page from the psychedelic soul of yesteryear, Londoner Michael Kiwanuka strummed an intricate cord on "Tell Me A Tale." Off of his debut album, Home Again, flute flourishes and lush string arrangements gave this song its unique throwback air, bringing him in good vintage company with the likes of Van Morrison and Bill Withers, especially as he wails peerlessly along. After scoring BBC's Sound of 2012 earlier this year, and with "Tell Me A Tale" at the helm of all his compositions, the only way is up for Kiwanuka as far as I'm concerned. -- AudioDiva 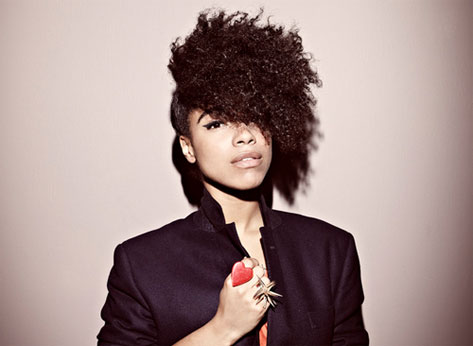 Alongside Jessie Ware and Emeli Sandé, Lianne La Havas was one of the big success stories of British music in 2012. Her debut album, Is Your Love Big Enough, was full of older-than-her-years reflections on love and life, with the heart-wrenchingly beautiful ballad "Lost & Found" being one of the many, many highlights. -- SoulUK 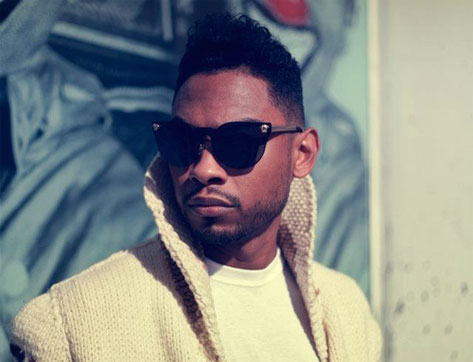 In an era when R&B artists interested in doing real chart business seemed forced to either jump on the EDM bandwagon or adopt the moody stylings of Frank Ocean, The Weeknd and Noah "40" Shebib, Miguel came with a single that's unimpeachably R&B and more exuberant than anything else released in 2012. So it makes perfect sense that as we think back on the summer that was, our memories of rooftops, backyard barbecues and the odd wedding reception are scored with this brilliant reimagining of Marvin Gaye's "Sexual Healing." Our generation really needed one. -- Remi 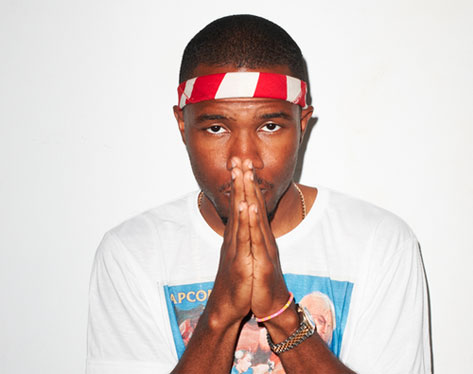 Is there anything worse than unrequited love? This song, the emotional core of Frank's channel ORANGE, showed why he will one day be known as the singer-songwriter of his generation. Somehow, Ocean managed to sing our lives with his words, capturing the gut-wrenching feeling of rejection and turning it into a heartfelt, just-under-three-minute taxicab confession that spoke to -- and for -- anyone who has ever felt the sting of love unreciprocated. -- D-Money


While many at the SBHQ were longtime supporters of Frankie O's music, it would take this song to woo the rest of us, myself included, over to his side. Though the reasons were varied for our diffidence, our qualms were quickly erased with the release of this Pharrell-produced gem. There was no denying the pull of the multi-layered production coupled with Ocean's lushly warm vocals and the prismatic storytelling that had garnered him such a staunchly loyal fanbase in the first place. It instantly became one of the summer's most memorable songs, finally convincing the nonbelievers of what countless others had already known -- that Frank Ocean was a musical force to be reckoned with. -- Ivory 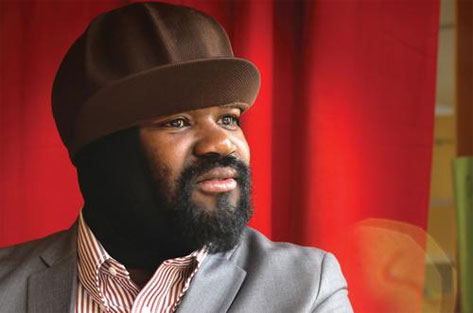 Despite getting his big break relatively late -- he didn't release his GRAMMY-nominated debut Water until he was 39 -- Gregory Porter has wasted no time in becoming one of the leading lights in popular jazz. His follow up Be Good and particularly the album's lead single, "Be Good (Lion's Song)" gained him both critical and commercial acclaim and, accompanied by the beautiful music video, proved that jazz is once again on the up. -- SoulUK 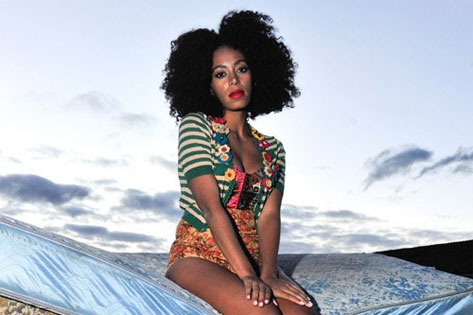 It was as if the clouds parted and the angels wept when Solange's "Losing You" touched down. Okay, maybe that's a completely bloated exaggeration, but you can't just sit there and not notice how in one swoop Solange unchained herself Django style from her famous surname and how producer Dev "Blood Orange" Hynes crafted a song that on paper, shouldn't really work, but ultimately does. Funky guitar licks, clap-trap percussion, zany yelps and two synth chords that probably escaped from a [insert any '80's British new wave band] song, came together to make a melancholic ode that was about as frothy as an Orange Julius and that seamlessly nudged R&B and indie pop to put a ring on it. -- AudioDiva 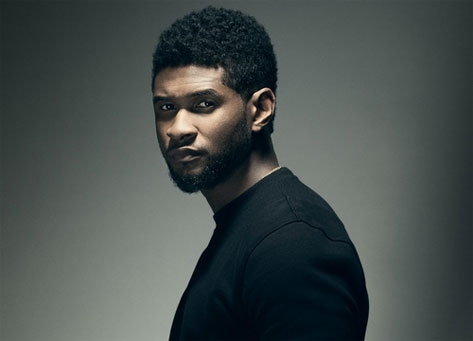 With a title like "Climax" we weren't quite sure what we could expect from the first single off of Usher's arguably uneven Looking 4 Myself. To the surprise of many, it wasn't full of thinly-veiled messages about sex, rather, it was a more complicated falsetto-fueled conversation about facing the end of the road in a relationship. Full of zips, blips, bleeps and a bassline that delicately, but thoroughly rocked the entire affair, it made for an intriguing first listen. His relationship may have been going nowhere fast, but by the fifth time I replayed the song on the day of its release, I knew for certain that the Diplo-produced hit surely was. -- Lady J 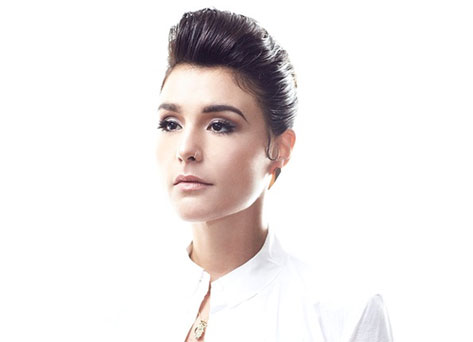 Take a modern day Sade sound and energy, mix with a dash of Soul II Soul sensibility and top with a hell of a lot of British coolness and you have one of the best things to come out of 2012: Jessie Ware and her single "Running." An addictive and catchy track that showed just how sublime the fusion of modern pop and soul is when it's in the capable of hands of talent like Ware, whose smooth vocal styling meshed perfectly with the handiwork of producers Dave Okumu and Julio Bashmore. -- Kitten Jam

With its metronomic beat and keyboard accents faithfully recalling Tears for Fears' "Everybody Wants to Rule The World," this track separated Jessie Ware from the current crop of British music starlets. With its robotic pace and her icy delivery, the message was clear: Jessie Ware may be a promising young talent, but she's a little too cool to care if you notice. -- Remi

Many thanks to D-Money, SoulUK, Ivory, Remi, AudioDiva, Kitten Jam, Lady J and Butta for contributing to this Hot 16.