Is Fantasia Ready To ‘Win’ Again? 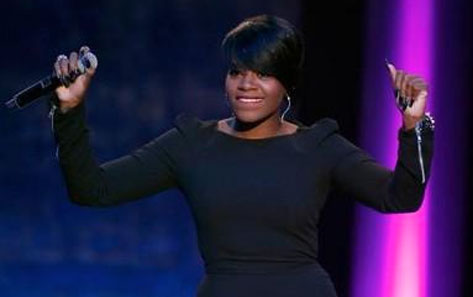 High off the heels of her undeniably magical performance
of Aretha Franklin's "Don't Play
That Song For Me" on the 2012 Soul Train Awards, Fantasia Barrino has
returned with a new single. "Lose To Win" is an empowering anthem that samples
the Commodores' 1985 hit song "Nightshift." It tells the all too familiar story
of love lost, hitting rock bottom and rising again -- a story that Fantasia has
unfortunately lived out in public over the past few years. "Lose To Win" serves
as the first single for Fantasia's yet-to-be-titled fourth album, which is
slated for a March release. "It's been ten years for me and I just want to, now,
do what's best for me," she said in a recent interview with
HipHollywood.com
, going on to add that she's approaching a new "rock soul"
sound with this album. After being on a losing streak for so long, we look forward to seeing Fantasia win again in the new year.