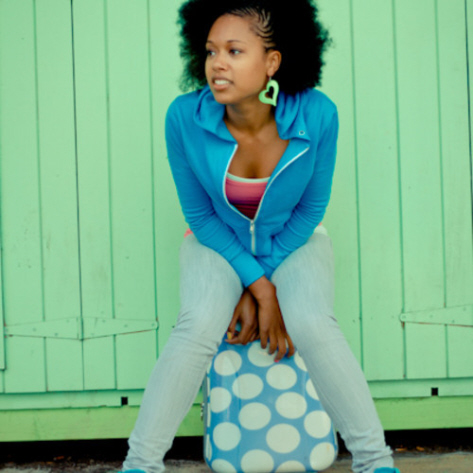 Talking with some of my SB brethren and sistren the other day (yes, we chat with each other -- what you thought we were mechanical un-feeling droids running this site?) we discovered and agreed that time is heavily wasted cruising the wondrous niches of SoundCloud. Never a dull moment is to be had scrolling through those streaming audio players searching for that new artist we'll be obsessing over and pounding out prose about. UK songstress Shea (formerly SheaSoul) came up on one such scroll, and well, she's someone who I'm sure I'll be yapping about in the coming year. On Shea's SC page is a treasure trove of guest spots and loose tracks that give a warm welcome to her brand of soulful charm, but Shea is marking single "Where Did You Go" as her official entrance. With its saucy punch of brass laden soul that follows on a similar plane a la Chrisette Michele and Paloma Faith, it's no wonder she chose it as a introduction. Still I much prefer the jazz tricks she has up her sleeve, as evidenced on the supple swing of the Joey Negro and Gramophonedzie assisted, "No Sugar" or the House-lite wave "Superman" glides on. The singer-songwriter's fully self-penned Grey Skies and Rainbow Fingernails won't be due til next year, but from the make of "Where Did You Go" it sounds like it has kicked off in an immense way.