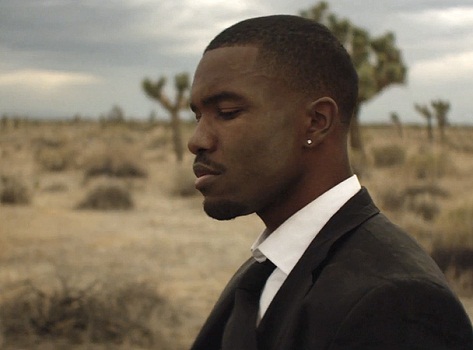 Based on the box office numbers, I'm assuming that a lot of you have already seen Quentin Tarantino's spaghetti western slavery revenge epic Django Unchained. The Jamie Foxx and Kerry Washington vehicle has been a controversy magnet, and not just because of the film (which, in this writer's opinion, was just ok). A big deal was made about the original song written for the film by Frank Ocean which Tarantino ultimately cut because it didn't fit the film's tone (though somehow hearing Rick Ross rapping in pre-Civil War Mississippi seemed to feel right at home to him). While Frankie O. fans were disappointed, they were granted a Christmas wish when the song leaked over the holidays. The song, steeped in reverb and synths, features Frank singing mournfully about the different type of men that exist and don't exist before reaching the refrain "I bet your mother would be proud of you." While I'm not going to pretend to understand what exactly Frank's lyrics are trying to say (Is it a statement on equality? Mortality? Morality? Damned if I know), I do know that the tone of the song fits the overall theme of the film quite well. Frank has no harsh feelings about the song's exclusion, though. In the Tumblr post in which he leaked the track he wrote: "django was ill without it." You can make your own decision on the matter by checking out "Wiseman" after the bounce.