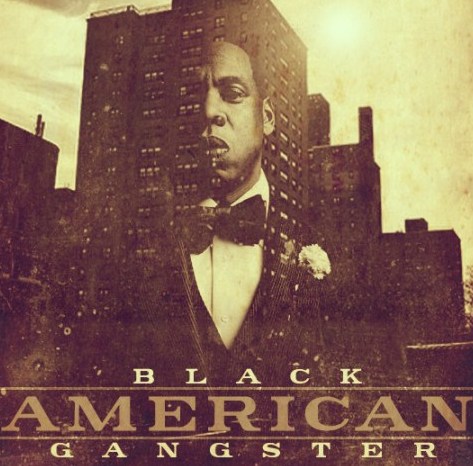 Of all the dialogue from the Ridley Scott-directed flick American Gangster sprinkled throughout Jay-Z's album of the same name, Denzel Washington's rant on his product Blue Magic and the importance of branding remains the most memorable in my mind. Well Frank Lucas may have been an expert at marketing cola-flavored heroin, but 9th Wonder has spent his time in the less lucrative but more far more productive manner by branding himself as a world class producer. Now the man who continues to solidify himself as a go-to-for-soul hits the boards to rework tracks from a great album inspired by a mediocre film with Black American Gangster. It was said that the production on the original American Gangster LP was meant to pull from the spirit of the film's time period, but 9th takes a less subtle approach with this concept and the use of '70's samples. The NC producer even goes as far as giving soul greats Kool & The Gang, Curtis Mayfield and The Jackson 5 "featuring" credits to mimic actual collaborations. The Gwen McRae-"featured" "Blue Magic Revisited" offers a less sinister take than the Neptunes-produced original and 9th throws an a cappella of "Sweet" over The Love Unlimited Orchestra strings and delicately placed cuts of Barry White's booming voice. I find myself somewhat conflicted having been a fan of the original American Gangster LP, which deserves a spot in the top three of Jay's extensive catalog in my humble opinion, and a sucker for 9th Wonder production, but the project should have at least a few tracks to tickle your fancy like it did mine. Stream "Blue Magic Revisited" below before scooping up the entire project here.