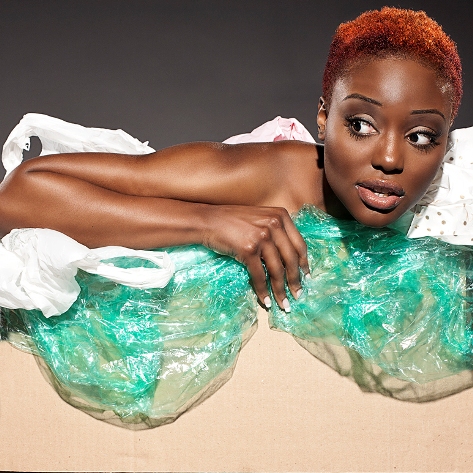 Female soul singers seem to be ten a penny nowadays. In fact, it seems there is a new lady on the block almost daily, thanks to the rising profile of soul music in general. Sorting the wheat from the chaff is not always easy, but we may have struck gold with Philly songstress RoseMary Fiki. After slogging it out trying to become the "next big thing," attending any and every audition she could make it to, RoseMary hit a bit of a rough patch after getting knock back after knock back. However, the feisty singer refused to let these dark times ruin her dreams and, after meeting a handful of like-minded collaborators, got her career back on path with the result being her self-titled EP, released in the second half of last year. After listening to the EP in its entirety, it's clear RoseMary draws influences from many musical styles, from R&B and soul, to funk, rock and acoustic, there is a little something for everyone, whilE still sounding cohesive. Take "Ooh," with its Aretha Franklin-inspired delivery, or "Official," the smooth, mid-tempo first single produced by Benny Blanco, both of which showcase RoseMary's impressive vocal skills and bring to mind fellow singers such YahZarah or Choklate. Take a listen to "Ooh" below and "It's Official" after the bounce (both of which are available free via Soundcloud), and if you like what you hear check out the rest of the 10-track EP on iTunes.


TAGS:  aretha franklin, audio, Benny Blance, choklate, RoseMary Fiki, yahzarah
Previous: Lee Fields & Lady Have Us ‘Hanging On’ Every Word Next: Soltre James Will Keep You ‘Coming Back’ For More