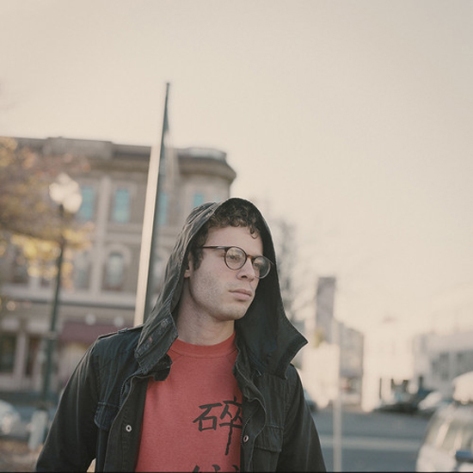 I know that you might be thinking, why is a post about a new girl group headed up by a photo of a bespectacled young man? To be honest, when I stumbled across this track, sans photo, I expected a girl group, or at least a female voice. In fact Shy Girls is the moniker under which Portland-based singer/songwriter/producer Dan Vidmar releases '90's-influenced R&B slow jams and mid-tempos that are heavily influenced by some classic '80's sounds (think Prince, Luther Vandross). In 2011 he released his well-recieved, but under the radar EP, Sex In the City, and has just released the excellent follow-up single "Under Attack," which is full of shimmering synths, understated drums and that '80's staple -- a sax solo -- in addition to his smooth-as-silk vocals. While comparisons to the likes of How To Dress Well and Active Child are par for the course, Shy Girls definitely has a more straightforward R&B vibe along the lines of Frank Ocean or even Rhye. Although it was "Under Attack" that initially hooked me, it was the acid-jazz inflected "Gonna Get My Name Back" that reeled me in with its organ-fueled intro and horn stabs throughout, it's impossible not to feel the groove on this track.