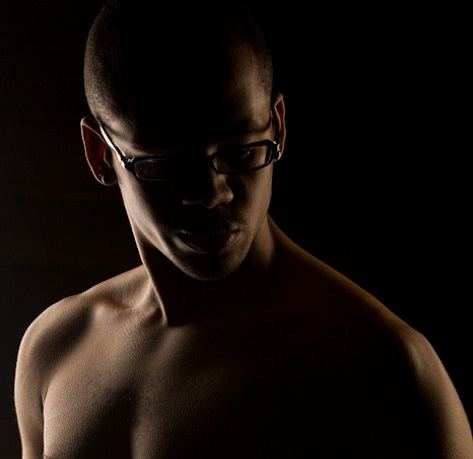 As a lover of both soul and jazz, I really love what happens when the two genres meet. Male crooners like Al Jarreau and Kem have shown the greatness that can happen when the two genres are blended. And, more recently, José James' No Beginning No End further cemented that the union of the two genres was a match made in heaven. Continuing on in this tradition is newcomer Jevon Reynolds. Reynolds, a Detroit native who now calls Los Angeles home, first burst onto the music scene with his debut EP Driving Over 26 in 2011. The four-song collection was an impressive debut that showcased Jevon's talents and proved that he had promise. His recently released follow-up, Bare, is further proof that that promise will be fully realized. Traveling in a similar vein to José James, Bare contains four songs, each a rumination on love and the many things that come along with it.
Center

"Can't Wait," the set's opener, is a sexy number that finds Jevon chasing someone playing hard to get. Title track "Bare," on the other hand, is all about vulnerability and finds Jevon putting his heart on the line. "Want Your Love," the only track here that features a guest, is another mid-tempo groove about Jevon pursuing a lover. While somewhat similar to "Can't Wait," Samantha Purple's guest vocal adds a bit of spice and Jevon brings it vocally. "Silence" is perhaps the most traditional song of the four. A straight up piano ballad, it laments the end of a relationship and the silence that's sometimes louder than any yelling could ever be. With Bare, Jevon Reynolds shows that he's an artist on the verge and definitely one you should be keeping an eye out for. You can check out Bare below and then head to his Bandcamp, where's he's offering the set for only $4.