Childish Gambino Takes Us On A Ride Through ‘L.E.S.’

I could get into how annoyed I am with NBC for shelving the new season of Community, while cheesy formulaic shows like Whitney and Guys with Kids continue unscathed, but I won't do that. Not because it isn't true or doesn't need to be said, but simply because it gives my favorite actor from the show, Donald Glover, down time from promoting Community to focus on other creative endeavors under his emcee alias Childish Gambino. After releasing his Royalty mixtape a few months back, D.G. Lover takes it back to his debut, Camp, by dropping a visual for his ode to the rapper/comedian's NYC neighborhood of choice, the "L.E.S." The thumping bass kicks and string arrangement of this smooth track serve as the video's backdrop while we follow a few ladies bouncing through the Lower East Side engaged in some good clean fun. I've only been to NYC once, and I didn't make it to the L.E.S. during my short stay, but it looks lively, to say the least. Watch it for a more effective tourism video, aimed at the 18 to 29 demographic, than whatever NYC is probably currently using.


TAGS:  childish gambino, Donald Glover"
Previous: Morning Soul: I Knew What You Were All About Next: Marcus Canty Wants ‘You’ To Use Him Up 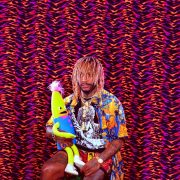 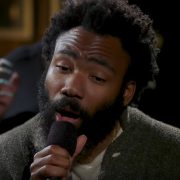