Cocaine 80s Bloom On ‘The Flower Of Life’ 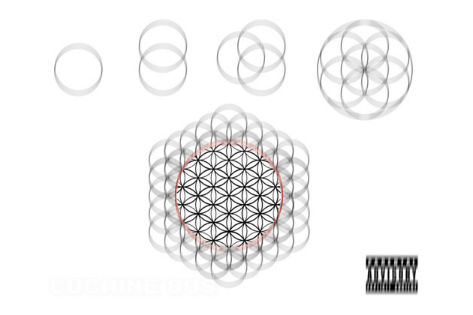 After teasing us with leaks over the past several weeks, the wait is finally over as No I.D., Common, James Fauntleroy, Steve Wyreman and Kevin Randolp better known collectively as Cocaine 80s, have released another project for the masses, The Flower of Life EP. After the first of many many spins to come, I'd have to say that the Jhené Aiko and Common featured "Fly Ass Pisces" remains my favorite track on the seven-track offering. Fauntleroy's vocal's typically carry the bulk of the work for the group, but it's nice to hear his voice meshed with the West coast beauty. The crew is already fairly deep, maybe No I.D. can throw his weight as a Def Jam exec around for some more collaborations between the two singers. Right about now is when I would likely throw up my hands with a "what the hell?!" demand for a full-length album from the collective, but these freEPs are great for the soul and pocketbook alike. Stream "Fly Ass Pisces" before scooping up the EP here.