Karriem Riggins & His ‘Posse’ Kill The Bull On ‘Matador’ 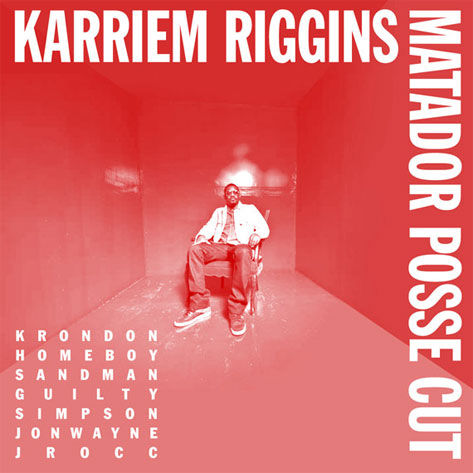 When perusing the interwebs for new hip-hop tracks, the very thought of the ever popular "posse cut" will typically send me running for the hills. This may be an unfair judgement, but you can blame my disdain on Nas and his Bravehearts or Tupac Shakur and his Outlawz, to name a few. Well drummer/producer Karriem Riggins, who is known to keep good company, recruits a clique of his own to spit over the "Matador" instrumental from his recent LP, Alone Together. The "Matador Posse Cut" features verses from semi-underground and often unappreciated emcees Krondon, Homeboy Sandman, Guilty Simpson and Jonwayne. The World Famous Beat Junkies' very own J Rocc's cuts serve as the hook on this reminder that "posse" is not necessary a bad word when it comes to hip hop. I do however have to admit that this is nowhere near my favorite beat from Karriem's aforementioned 34-track LP, but the unconventional flows of the crew works in this instance. It'll be interesting to see who else Riggins enlists to hop on the rest of his recent batch of instrumentals. Some may even be good enough to save some verses from Jungle and Nas' bodyguard. Probably not though. Stream the track below, grab it for free from the Stones Throw website and pick up Alone Together already, we're tired of telling you kids.