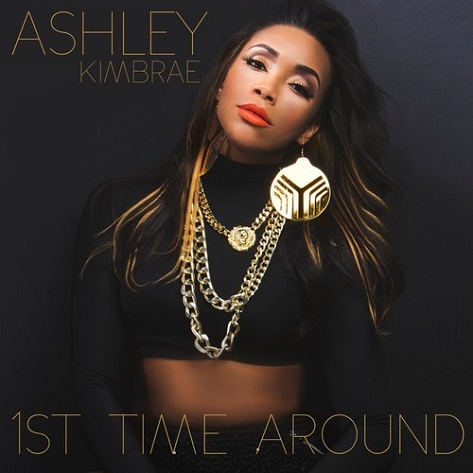 I didn't watch a single episode of The CW's music competition The Next (and judging by the show's ratings, neither did most of you), but I have, however, heard of singer Ashley Kimbrae, who appeared on the show under the guidance of rapper Nelly. That's because, like me, Ashley is a native of Dallas, Texas (D-Town!!!). Hometown pride aside, Ashley proved on the show that she had an immense talent and now she's gearing up to release her first EP, The Next Chapter. To build up buzz, she's released her single "1st Time Around." Interpolating a bit of fellow Dallas native Erykah Badu's "Back In The Day (Puff)," Ashley tells off a trashy lover that did her wrong one too many times. While definitely in the mold of an artist like Ciara, this song packs a bit of oomph thanks to the production provided by Recka, which pairs a sultry bass groove with dance floor ready percussion and adds well-placed horn blasts for good measure. With this single and her upcoming EP, it looks like 2013 may just be Ashley Kimbrae's year. As long as she keeps reppin' Big D like this, I have absolutely no problems with that notion at all.


TAGS:  Ashley Kimbrae", audio, ciara, erykah badu, nelly, Recka
Previous: Rudimental Ask ‘What You Won’t Do’ For Your ‘Baby’ Next: This Is ‘Why’ We Love Jamie Lidell