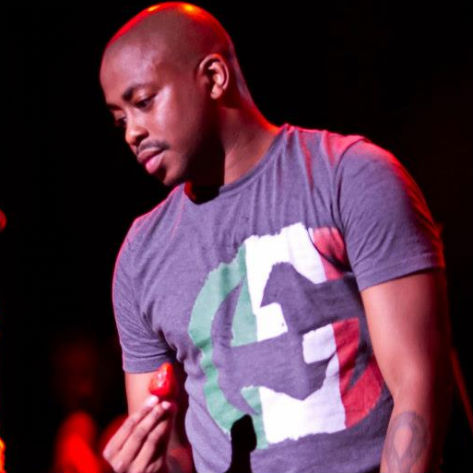 Earlier this week I went to the first of what I'm sure will be many Raheem DeVaughn concerts that I will attend in 2013. Living in the Washington, DC area and seeing Raheem live go hand in hand like macaroni and cheese, and he provides his own brand of aural comfort food. Those who were in attendance at the Howard Theatre on Monday night not only got to hear favorites from DeVaughn's catalog, but he also sang a couple of new songs from his upcoming album, A Place Called Loveland. We've been hearing about this album for a while now, and it appears as if it will finally be released some time this year. Until we get our hands on it, we're gonna enjoy all the bits and pieces we can during his live performances as well as leaks such as this one of the new track "Wrong Forever." Produced by Carvin & Ivan, "Wrong Forever" kicks off with a clever Biz Markie sample before segueing into Raheem singing about all the wrong that he did to his former lady. All of his games simply led to him playing himself and now he's feeling some kinda way as he lives in the land of regret. It sucks to be him, but what doesn't suck is this song. Raheem DeVaughn may be singing about his loss, but together with Carvin & Ivan they make a winning combination. [Photo: Keith Estep]


TAGS:  audio, biz markie, carvin & ivan, raheem devaughn
Previous: Elle Winston’s ‘On’ To Something Next: Morning Soul: Everything I Ever Got I Had To Hustle To Get