T-Boz Fights On With ‘Champion’ 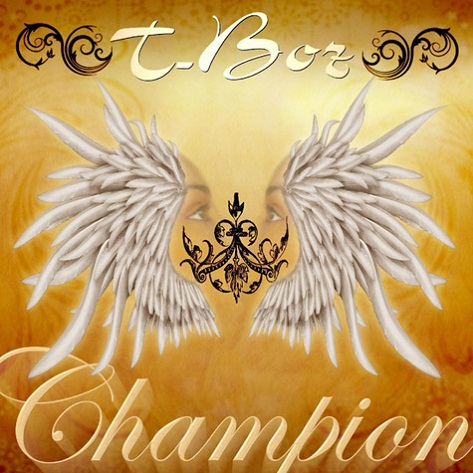 Before I even begin this, do you see that cover? It has to be the most hideous thing I've ever seen. If it were on the hood of a lowrider, I might be willing to forgive it. However, as the artwork for the first solo single from Tionne "T-Boz" Watkins in over a decade, it definitely gets the thumbs down. After seeing this atrocity, I was prepared to completely hate the song it's attached to. Surprisingly, I don't. Not to say that "Champion" is a mind-blowing piece of work, either. The song, the making of which was featured during her four-part reality series Totally T-Boz, speaks on fighting on despite the adversity that might lie in your path. Seeing as I'm a sucker for an uplifting message, I'm willing to ignore the dated production and T-Boz's nearly robotic sounding vocals. Besides, the proceeds from the track (which is available on iTunes right now) will benefit leukemia and sickle cell foundations -- two causes close to the singer's heart. While the future of T-Boz's reality show remains unclear, T-Boz does plan on reuniting with her TLC partner in crime Rozonda "Chilli" Thomas on a possible tour for the group's 20th anniversary (which was technically last year, but no need to split hairs) as well as the upcoming VH1 produced TLC biopic (I'm sure that both projects will be more than interesting). In the meantime, take a listen to T-Boz's latest.


TAGS:  audio, chilli, t-boz, tlc
Previous: Dawn Richard’s ”86′ Takes Us On An Interesting Journey Next: Skyzoo Reminds Us Why ‘Spike Lee Was’ His ‘Hero’