Teena Marie Leaves Us With Something ‘Beautiful’ 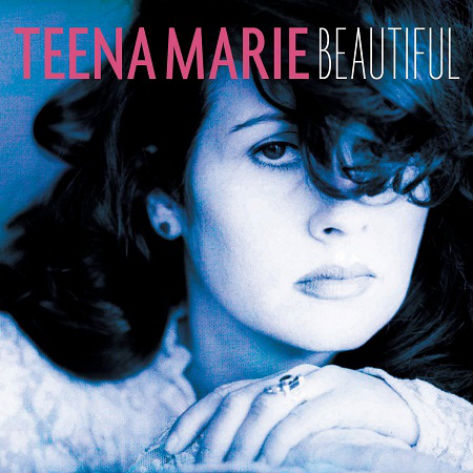 Earlier this month, we were able to hear the promotional sampler of Teena Marie's final album, Beautiful. Before her death in December 2010, Teena had completed most of the album, but the finishing touches were added by her faithful daughter, Alia Rose. When a legend passes on there seems to be a rush to put out any and everything from their vault or that they may have been recording at the time of their death to capitalize on sentiments and publicity. We should be grateful that we were given an opportunity to grieve for the Ivory Queen of Soul before hearing her last works. This gave us a chance to hear Beautiful in context of Teena's long career and understand exactly why her music will stand the test of time.
Center

I am assuming that the powers that be were still tinkering with sequencing when the sampler was released as the tone of the album sees a welcomed modification by starting with "Luv Letter" instead of "Beautiful." "Luv Letter" is a funky track that is the definition of Teena's direction since she returned to music after a 14-year hiatus to record La Dona. I am sure that my mother has already learned three line dances to this one. On "Sweet Tooth," she playfully warns her lover that she will end up with cavities because he is so sweet. Teena then gives a shout out to "all the sexy ladies" on "Rare Breed" that also features Alia Rose. Teena further sasses on the track, "I can say that they broke the mold that day my momma gave me breath..."

The production on "Love Starved" most reminds me of cuts from albums like Naked to the World and Ivory. Even though Teena's most recent albums have leaned more urban and heavy on technology, I always appreciated that she brought sounds from the '80s into her current music. Teena may never have had multiple number one hits or large crossover success, but with her loyal R&B fan-base she could do no wrong and had the freedom to create whatever sound she wanted. Speaking to Teena being hip, "Definition of Down" describes a woman who is willing to be the "fool" and "ride" with her man to the "very end" because that is the "definition of down." Alright now, Lady T!

Teena's exploration of the Spanish and Portuguese languages in her music is legendary. Everyone knows the words (English and Portuguese) to one of my favorite quiet storm songs, "Portuguese Love," which is sampled in "Maria Bonita." "Portuguese Love" can set a fire to any cold evening by allowing listeners to float away to an exotic land where a lover whispers that time doesn't matter.
"Beautiful (For Alia)" is an anthem for any parent who learns to admire their children as they grow up and mature. At this point in the album we can tell that Teena's voice still sounds as good as it did 30 years ago.
On "The Long Play," Teena starts out with a radio broadcast from "WHEVN, a heavenly station" to warn us that what will follow is "a sexy situation" and that she is going to "make it hot." This type of talking introduction or "foreplay" as she calls it is classic Teena. The groove continues for six minutes with a Jodeci or Mint Condition type bassline that is sure to get many spins on any late-night quiet storm station.

"Give Me Your Love" is an excellent cover of the Curtis Mayfield classic that was previously supposed to be covered by Anita Baker and Snoop Dogg many moons ago. With this cover, Anita might as well throw her track in the vault and lose the key. Teena and Alia's well-blended duet will have many wondering when Alia will take center stage as her voice sounds perfect for contemporary R&B.

I feel fortunate that Teena has left us with this work that has integrity and showcases her creativity. Fans will appreciate Alia Rose for taking her time allowing some dust to settle while perfecting her mother's last album. Beautiful was well worth the wait.