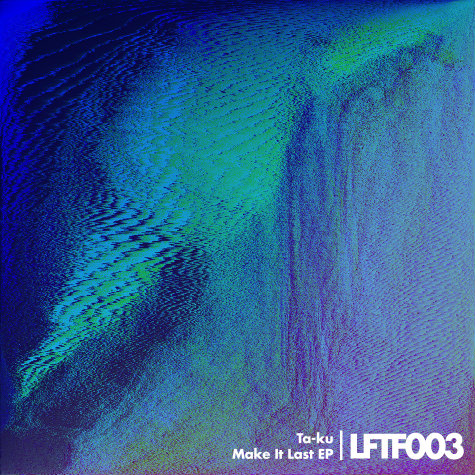 Earlier this week, Twitter and Facebook timelines were all abuzz when Justin Timberlake released his first song, "Suit & Tie,"
in what seemed like a gazillion years. However when folks finally gave it a spin (or two or three), many were less than thrilled about the Timbaland-produced/Jay-Z-rapped song and its decidedly '90's R&B feel. As someone who never was able to conjure up much more than a yawn for the former boy bander, not having any expectations of grandeur worked out in my favor. While folks were busy consoling themselves about Timberlake's rather blah return to music, another tune was quietly released on SoundCloud the same day by Australian producer Ta-ku that managed to do '90's R&B a lot more justice than the former. "Make It Last" features the vocals of singer-songwriter JMSN, whose crooning bears enough resemblance to Timberlake's to make me wonder if this was the type of comeback he should have made. Ta-ku's understated, yet sensual production likely would've provided just the right backdrop for Timberlake to slither and pelvic thrust his way back into the hearts of hoards of shrieking fans the world over. Not that JMSN doesn't do it any justice. The Detroit-based artist, who has also collaborated with Ab-Soul in the past, and his layered vocals help make this song a bonafied jam. But don't take my word for it. Hit play below and check out equally sensual visuals for the song after the bounce. And if you like what you hear, then head over to SoundCloud for a free downloand. Ta-ku's Make It Last EP is set to drop January 21st.