What’s Not To ‘Love’ About Charlie Wilson? 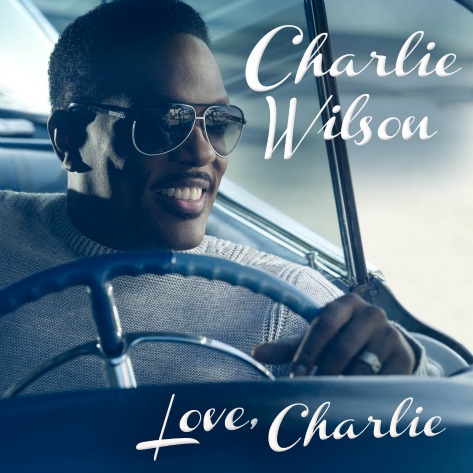 At the mature (but clearly sprightly) age of 60, Charlie Wilson is showing no signs of slowing down. He's been up, he's been down, and back around again. Having been lucky enough to strike gold twice in his musical career with success as lead of The Gap Band throughout the '70s and '80s, and now as a solo artist, he's experienced success that many don't get to see one time out, let alone two.
Center

The recent release of Love, Charlie marked the singer's fifth outing since officially returning to the music scene with 2000's Bridging the Gap, and it will make you love him if you didn't already. One thing Charlie is good at is making solid love songs, and he does not disappoint on this album. Rather than making music that would only appeal to a certain age group, he's managed to blur the lines, making cross-generational music that, like his other releases, can be played time after time, year after year. Love is experienced at all ages and he never compromises his sound in order to fit in with what will soon only be viewed as a fleeting moment in R&B's history.

Mr. Wilson has said that the goal for Love, Charlie, was to create each song with the potential to be released as a single, "or it didn't make the record." (Please let this be a trend with other 2013 releases!) He paid more than lip service to this approach. Among the standouts are mid-tempos "Show You" and "Our Anniversary" with its perfectly placed "sha lalalala ooo's." "Turn Off the Lights" sees Uncle Charlie, as he's affectionately called, feenin' like Jodeci as he demands darkness so he can deliver a night to remember while making making his woman feel like a queen. On the slower side, "A Million Ways To Love You" and "My Love Is All I Have" are precisely the type of love songs we've come to expect from the crooner. You'll enjoy some of the best begging you've heard in a while on "Whisper" featuring surprise collaborator Keith Sweat. Kudos to the both of them for integrating social media references into their lyrics without the awkwardness that has characterized other recent attempts. "Say," though compelling in its own right, caught my attention because it reminded me of Brandy's "Wish Your Love Away," which sampled "Seven Samurai: Ending Theme" by Japanese composer Ryuichi Sakamoto.

While the album by far is about the love he has for his one and only, he makes it clear from the start from whom this earthly love derives on "If I Believe." Uncle Charlie says he there's nowhere he can go without his God and that the song is about the faith he has in him.

Since the passing of Luther Vandross in 2005, there's been a palpable deficiency of male R&B singers making albums of pure love songs with a potent combination of broad-based appeal and staying power. It's clear Mr. Wilson made a conscious effort to bring depth back to the music. The songs are so dripping with love, respect and admiration for a monogamous love that at times the listener feels like an eavesdropper on a private conversation between a man and his lady. If you've been missing that type of music in your collection, Love, Charlie has got what you need.