Frank Ocean Keeps His ‘Eyes’ To The ‘Sky’ 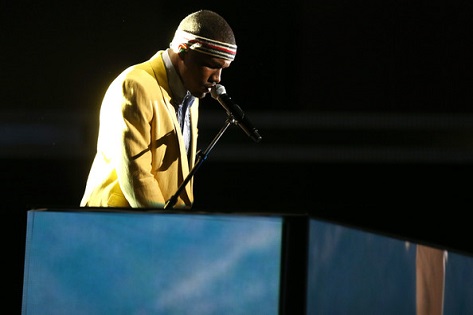 This past year has probably been a whirlwind one for Frank Ocean, but that doesn't mean that he has any plans of slowing down. He recently revealed that he was "10 or 11 songs" into his next album. The latest in his long history of leaks, "Eyes Like Sky," unfortunately isn't one of those new tracks. It is, however, one of the songs from the channel ORANGE sessions that didn't make the final cut. After taking a listen, it's easy to see why. The track, which is full of Frank's signature lyricism and tells a story about a blind man who sees the world far better than the sighted man questioning him, wouldn't have fit at all in the soundscape that ORANGE created. In fact, I'd venture to say that the song's pop leanings are something that would've been more at home on nostalgia, ULTRA (or even in the hands of another artist). That said, it's an interesting song and concept and definitely worth checking out (which you can do by hitting play right now). [H/T: PB]


TAGS:  audio, Frank Ocean"
Previous: ‘And I Am Telling You,’ Jennifer Hudson Won The Academy Awards Next: So So Def Celebrates Its Star-Studded 20th Anniversary