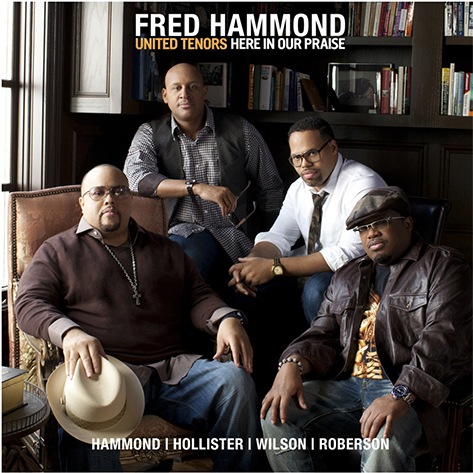 After months of behind the scenes clips and teasers, gospel trailblazer Fred Hammond and his brotherhood of vocal powerhouses have released the first single for the forthcoming United Tenors album. "Here In Our Praise" finds Hammond along with Dave Hollister, Eric Roberson and Brian Courtney Wilson uniting vocally and spiritually. Often when this many vocalists come together for a collaboration of this magnitude, there is an abundance of over-singing and over-compensating. Fortunately, it seems as though the United Tenors collective left all egos at the door and genuinely united for this simple and sincere moment. Originally known as a member of gospel ensemble Commissioned, Hammond recently told YesLordRadio.com, "United Tenors is not a revamped or rehashed movement, it's a new moment with a familiar God and Savior attached to it. New wine for this season." While "Here In Our Praise" will be available for download via iTunes on February 19th, the United Tenors album will be in stores everywhere on March 26th.