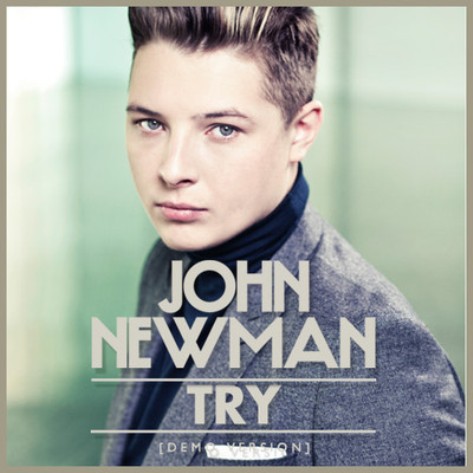 John Newman has had quite an interesting few years. After DJ'ing and creating tracks in his bedroom, the then 20-year-old decided to move to London, where he inked a deal with Island Records. While laying down his own material he met a keyboard player who also happened to be 1/4 of production team Rudimental. After an afternoon spent jamming in the studio, John and the guys from Rudimental had the beginnings of what would become the production outfit's two breakthrough singles, "Feel The Love" and "Not Giving In." 2012 may have been Newman's year as a featured vocalist, but he is hoping that 2013 will be the year he steps out from Rudimental's shadow, and if his first single "Try" is anything to go by, he might well have a good chance. Taking the classic soul sounds of Motown and Stax, but with a modern spin, John's gritty, soulful voice is the star of the show as he sings about trying not to let day-to-day life get him down. Check it out after the bounce, then head on over to Facebook where you can grab a download for the price of an email address.