James Blake Is In ‘Retrograde’ 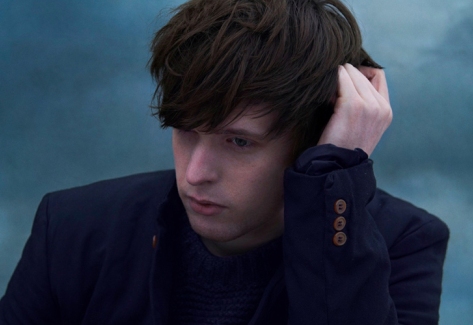 My feelings on James Blake's music have been somewhat mixed. When he gets things right, as he did on breakout single "Limit To Your Love," you can't help but be riveted to the spot while you absorb those haunting vocals and the simultaneously sparse yet intricate production, but he by no means nails this on every track. Since his much lauded, self-titled debut tore up the interwebs, things have been a little quiet aside from a track or two filtering through with little fanfare, however all that is about to change with the release of a new single, entitled "Retrograde," and the announcement of his follow-up album, Overgrown. Ladies and gents, if you aren't a James Blake fan, it may be time to take a couple months off from the internet. First of all, "Retrogade" leans more towards the music found on James Blake than it does his earlier CMYK or Klavierwerke EPs, which might put some long-standing fans off, but if you liked his debut LP, or you are a fan of the current trend of minimal, R&B-inflected "mood" music, there is a lot to like. Personally, I think it's up there with "Limit To Your Love," and it's great to hear those haunting vocals in all their somber, melancholy glory rather than hidden behind layers upon layers of effects and distortions. Production wise things are sparse, but not simple and, if nothing else, Blake knows how to pitch the music just right to match the mood of his songs. Give "Retrograde" a spin, and look out for Overgrown when it hits stores on April 8th.