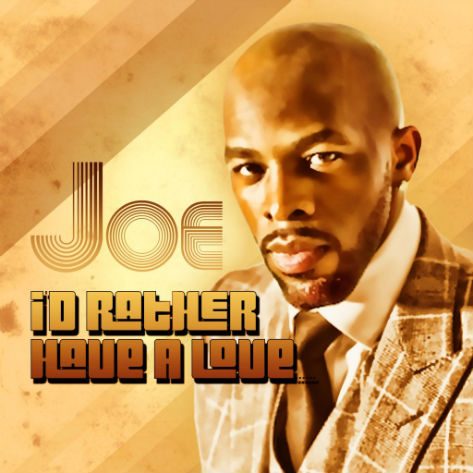 The spoken intro or interlude during a song has become a lost art in the R&B music of today. Back in the day, you couldn't turn on your FM dial without hearing The Manhattans lament at the song's beginning about having to finally "Kiss And Say Goodbye" or Lenny Williams break it down/have a nervous breakdown in the middle of "Cause I Love You." Even in the '90s when DeVante Swing opened up Jodeci's "Stay" with the infamous command, "Don't talk, just listen," he set the tone and got us open for the rest of the track. When done right, a good spoken passage on a record can effectively convey additional thoughts and messages and bring a deeper meaning to the lyrics. Joe has clearly been studying this chapter in the soul song handbook for his new single "I'd Rather Have A Love." Here he opens with a few words about the need for men to settle down because eventually, "You're gonna have to find yourself a love, or you gonna find yourself alone." Joe is preaching the gospel truth to all the players and pimps out there still running the streets. He sings a tale of evolving and finally finding the right one who made him want to turn in his player card for good. This is a great single with an even greater sentiment from Joe who celebrates the 20th anniversary of his debut album this year. With "I'd Rather Have A Love" he may be out of one game, but it's good to see him still in this one.
Center