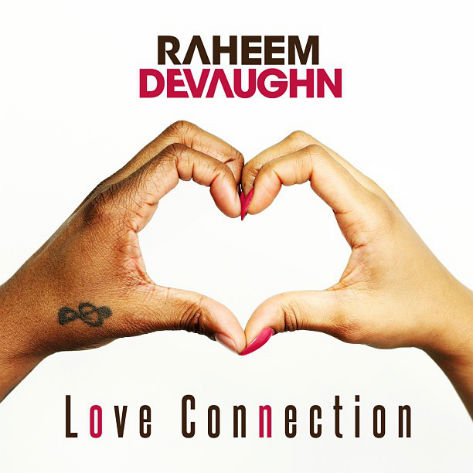 Way before the ratchet reality dating shows of recent years littered the TV landscape, one of my favorite ways to waste spend half an hour back in the day was watching the dating game show, Love Connection. Host Chuck Woolery, with his quick wit and perfect hair, and the singles who willingly went on national television to embarrass themselves with tales of dates gone right and wrong was quite entertaining. Love Connection might be long gone from the television airwaves, but now Raheem DeVaughn brings us his own "Love Connection" to the radio waves with today's special Valentine's Day debut of his hot new single. We've known since the top of the year that Raheem was gearing up for the release of his next album, A Place Called Loveland, and this is the official first listen from the collection that is scheduled to drop this summer. The prolific singer has teased us with his refixes and leaks over the past few weeks, but "Love Connection" is a strong first single with DeVaughn wrapping his voice around yet another impressive Carvin & Ivan production. Unlike the majority of contestants on that old dating show, I suspect that Raheem won't have any problems connecting with the lady of his choice once he sings this mid-tempo love jam to her.