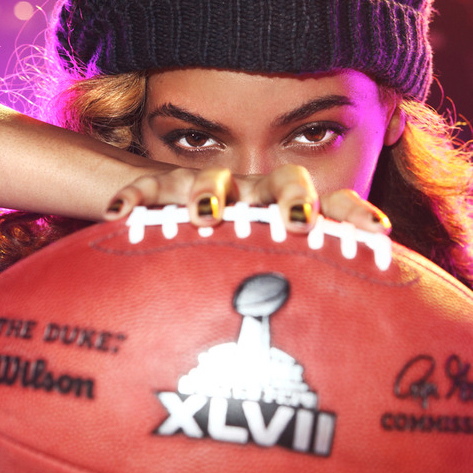 We're days away from the much-buzzed-about battle between the Baltimore Ravens and San Francisco 49ers, which will kick off this Sunday at Super Bowl XLVII in New Orleans, Louisiana. Fortunately for music lovers and Destiny's Child fans, alike, there's an even bigger buzz about this year's halftime show. The Pepsi-sponsored set is said to feature Beyoncé herself and possibly even a reunion with her former band mates, Kelly Rowland and Michelle Willams. In a press conference yesterday, after redeeming herself by singing an a cappella rendition of the National Anthem, Beyoncé promised that what she has in store is nothing short of unforgettable. As we prepare for Mrs. Knowles-Carter's performance and the media frenzy that will follow, check out our list of the top five soulful Super Bowl halftime show moments of the past 20 years, in date order.