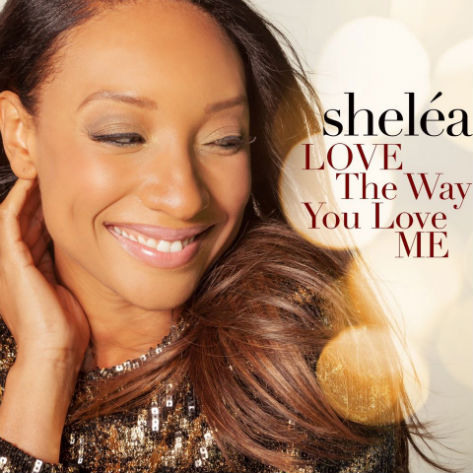 Sheléa is a songstress on the rise with a powerful voice that she hopes will warrant having her name etched into our hearts for years to come. With "Love The Way You Love Me," she gives you something to hang on to as you cope with last week's Valentine's Day hangover. I almost made the mistake of referring to the vocalist as a newcomer, but the songwriter, pianist, arranger and producer has been around for a while, having worked with legendary producers Jimmy Jam and Terry Lewis as an in-house songwriter and vocalist, and later with Chanté Moore's on her last (and grossly underrated) album, Love the Woman. She has also worked on a number of soundtrack projects including Hotel Rwanda, Akeelah and the Bee and Be Cool. And then there's the fact that she dueted with the great Stevie Wonder during a performance for Mr. and Mrs. Barack Obama. Sheléa promises that her debut album, Love Fell On Me, will feature "a classic blend of soul, R&B, and jazz," and that it will capture "the true essence of romance." Be sure to look out for its release this spring.