Bahamadia Gets All ‘Dialed Up’ 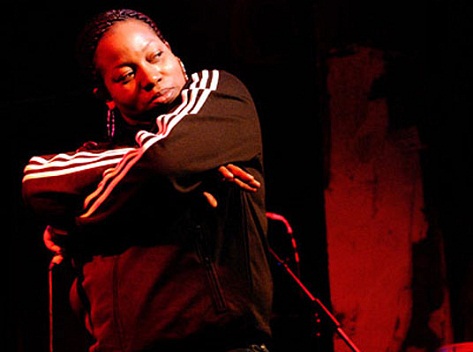 As if this year hasn't already seen its fair share of comebacks, Philly femcee Bahamadia busts back onto the scene for the first time since her 2010 album Good Rap Music. Armed with just her smartphone and her rhyme-spitting skills, the "You Know How We Do" rapper rock-rocks on with an 11-minute opus that finds her switching up beats and flows effortlessly. Though it's not specified whether this is to be viewed as one single track or if it might be a teaser for a much larger project, it's definitely an impressive effort on Bahamadia's part. Her flows remain as sharp as ever as she flips between messages of positivity and (conciously) stuntin' on those who think they can come at her. Most importantly, though, the track shows just how versatile the rap veteran is. Even though some of the moments included don't necessarily work, there are portions of "Dialed Up" that will leave you wanting much, much more Bahamadia in the near future. Give Bahamadia a big welcome back by taking a listen to her latest sounds below and downloading the track via her Bandcamp page.


TAGS:  audio, bahamadia
Previous: We ‘Got To’ Give It Up For Bluey Next: DMV Bouncers: Win Tickets To See DJ Questlove Live!