Beyoncé Takes A ‘Bow’ But Needs To Have A Seat 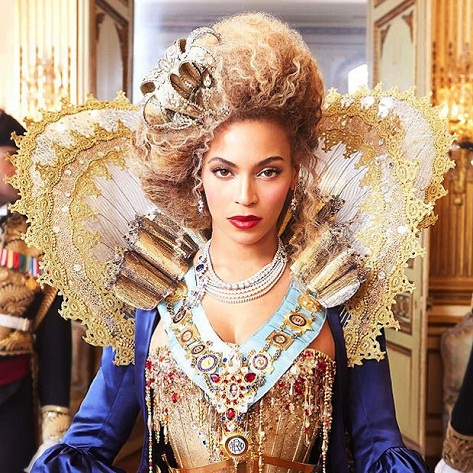 So, we need to talk about Beyoncé. Most of this year, she's been hitting us with an all out media assault -- the Super Bowl performance, the Oprah interview and her documentary, Life Is But A Dream -- but had yet to offer any new musical output for us (no, that lukewarm "new" Destiny's Child single doesn't count). Yesterday, Bey finally unleashed teases of her tracks "Bow Down" and "I Been On" in tandem via SoundCloud and since then there's been a lot of confusion. The musical direction (the ratchet bounce of the Hit-Boy produced "Bow Down" and the pseudo-screwed up swag of the ode to her Houston roots "I Been On") somewhat makes sense as these are themes that she's hinted at in previous work (though they are amped up to the 10th power here). Still, that these two tracks, which are for the most part a large departure for Bey, are what she chooses to be the first sounds of her new album is a bit perplexing.
Center

"Bow Down" ironically finds Beyoncé dipping her toe in Rihanna territory as she tells her successors to know their roles and show her respect. It's a much more aggressive side of her -- and one usually reserved for rappers like her hubby. Her RiRi impression on "Bow Down" is at least fun, though, even if her constant swearing seems as if she just discovered that she was allowed to curse on wax. Her UGK impression on "I Been On," however, rings hollow. The track, which was helmed by a host of producers (Timbaland, Polow da Don, Sonny Digital and The-Dream), ultimately misses the mark. It's a decent enough attempt, with its bass booming in your headphones. Screw music, though, is more than just pitching down your voice to the point that it's nearly unrecognizable. As well, there's a reason why no one's clamoring to hear Beyoncé "rap."

To top it off, the lyrics to both these songs find Beyoncé on the defense, watching her throne to make sure those behind her don't dare challenge her. Who are these "bitches" (her word, not mine) that she's so worried about and why even take time to address them? And why, exactly,does she feel the need to posture? Even naming her hood credentials in "I Been On" (she was -- debatably -- in a Willie D video when she was 14 and used to sneak and listen to UGK, therefore affording her some type of special status I guess) is puzzling and out of place. It reeks of an insecurity not befitting an artist who christened herself King. I know these are buzz singles, but if they're indicative of what she has in store, she might find her loyal subjects questioning her reign.