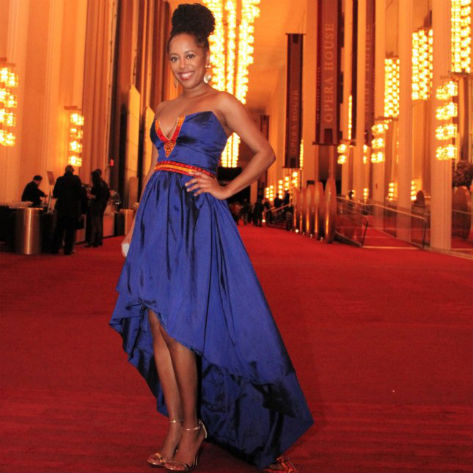 One of the perks of living in the Washington, DC area is having such easy access to The Kennedy Center and all of its cultural programming. There is literally something happening at the world-famous venue every day of the week. One of the most popular attractions is the Millennium Stage free concert series that brings artists from around the world to perform. Yesterday evening's musical guest didn't have to travel too far to grace the stage and grace it the DMV's own Debórah Bond did looking and sounding like the star we know her to be for her Kennedy Center debut. Accompanied by her band Third Logic and supporting vocalists Kenny Wesley and Rona Rawls, DeBo and crew funked The Kennedy Center up with their soul, R&B and dance grooves. I mean, when was the last time you think they broke out into a soul clap at The Kennedy Center? Well, it happened last night during this show for good reason. Watch the full concert video on The Kennedy Center's website to see Debórah and Third Logic perform selections from DayAfter and Madam Palindrome, and don't miss surprises such as DeBo's fresh take on Crystal Waters' "Gypsy Woman" and her rousing Whitney Houston tribute. Don't be surprised if you find yourself soul clapping while you watch -- and begging for Debórah Bond and Third Logic to bring their amazing live act to a city near you soon. [Photo: Jefry Andres Wright]
Center