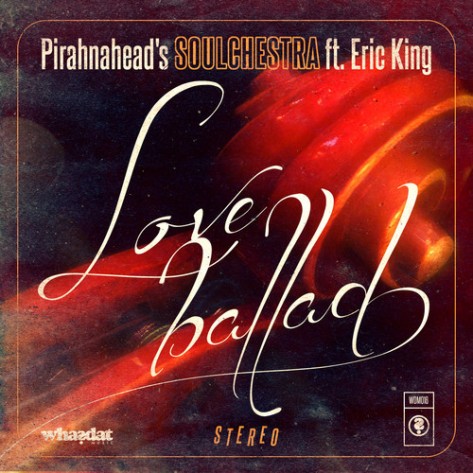 Although best known as a DJ/producer -- and purveyor of top quality house remixes -- Pirahnahead is also an accomplished orchestral composer/arranger who has worked with the likes of DJ Spinna, Clara Hill and Diviniti. Deciding to shine the spotlight on that facet of his musical character a little more, he has launched Pirahnahead's Soulchestra, a 17-piece orchestra featuring members of the Detroit Symphony Orchestra and the Michigan Opera Theater, whose members have featured on albums by the likes of Stevie Wonder, Raphael Saadiq, Kem and Teena Marie. The first release from the Soulchestra project is a cover of the L.T.D. classic "Love Ballad" (which many will be familiar with thanks to covers by George Benson, Tanya Blount, K-Ci & JoJo and the sample used by J Dilla on De La Soul's "Much More") featuring the vocals of Eric King. Whereas the original stayed true to its title, with its smooth, mid-tempo ballad stylings, Pirahnahead's refix ups the tempo and brings the strings to the forefront, resulting in a storming soulful house banger. You can sample a snippet of the track below, and if you like what you hear -- and you will -- you can cop the full EP via Traxsource.