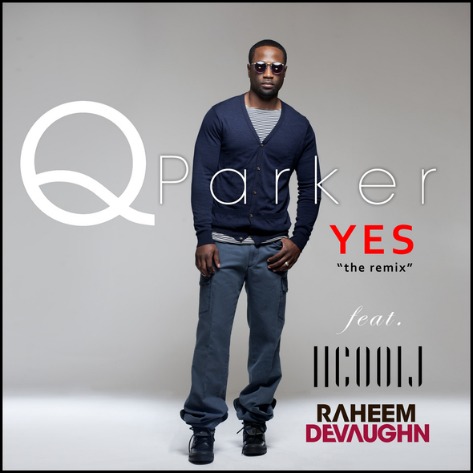 Last fall saw the release of Q Parker's debut solo album The MANual, which debuted at #5 on Billboard's New Artist Chart and was honored as an iTunes Best Album of 2012. One of its sexy singles, "Yes," has gotten a makeover with the addition of lip-licking LL Cool J and SoulBounce fave Raheem DeVaughn. Both featured artists are putting the final touches on their new albums with LL Cool J's Authentic to be released on April 30th and Raheem's A Place Called Loveland coming sometime this summer. Produced by Dwayne "D'Town" Nesmith (formerly of Tha Corna Boyz) and co-written by Q, Sir Elijah Blake aka Redd Stylze, LL and Raheem, this is remix enhances the original in every way. I don't know how these three came together, but I'm here for this. Are you?