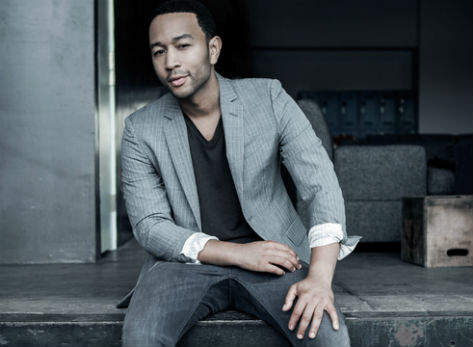 While Maxwell and D'Angelo continue to play the How Much Longer Can We Make Them Wait game, soul crooner John Legend has swooped in and dropped not one but two new songs in less than seven days. Last week he delivered "The Beginning," the first listen from his upcoming album Love In The Future, to us, and today he surprises with some more flavor for our ears with the track "Who Do We Think We Are." Utilizing a sample of Jean Knight's "Mr. Big Stuff" (the same track sampled by Heavy D for his hit song of the same name), the song rides the retro wave, which has long crested and crashed into the shore, but he manages some smooth sailing here. Adding to its throwback appeal is John's spoken interlude on the bridge that sounds like he's on a concert stage performing for a raucous audience. I can definitely see myself hooting and hollering if I were to hear Mr. Legend performing this live because he is singing the hell outta this song. My only complaint is that Rick Ross could have stayed home if he was going to dial in his bars on a pre-paid cell phone. Someone call me when the "Without Rap" edit of this song surfaces. Until then, all interested parties can pick this version of "Who Do We Think We Are" up on iTunes right now.