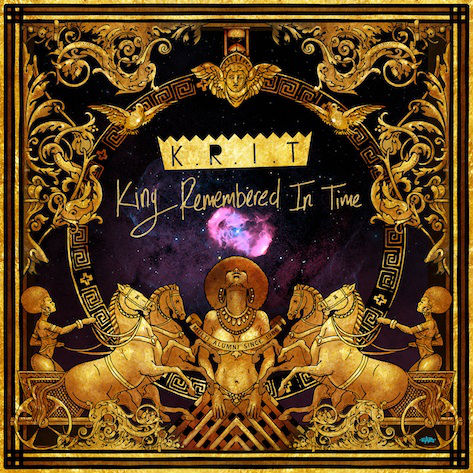 Being from the south, southern hip-hop artists have an intimate place in my heart, although at times I can be naturally biased and other times overly critical. In the midst of LL Cool J doing a duet with country artist Brad Paisley and speaking the words "R.I.P. Robert E. Lee," which comes from a place related to his current status (as well as geographical location) that would leave him to not see what's really going on below the Mason-Dixon line, comes Big K.R.I.T. once again representing for the region on his newest mixtape, King Remembered In Time.
Center

I'm from Columbia, South Carolina, a place that still raises the rebel flag on our state house. And if the southern states were obscenities, Mississippi would be the "F" word. Despite all of these things (or maybe because of it), Big K.R.I.T. has some of the greatest offerings in recent hip-hop memory regardless of geographical location. Serving up free mixtapes that trump albums that fans pay for daily, K.R.I.T. returns with another transparent collection on King Remembered In Time.

The 17-song self-produced opus (with the exception of the 9th Wonder production "Life is a Gamble") shows K.R.I.T at his most vulnerable. On songs like the single "R.E.M," he shows that despite all of the attention garnered from his music, there's still much to be desired and in addition a feeling of failure that attaches itself when record sales don't meet expectations.

Big K.R.I.T.'s ability to be able to have the duality of an Outkast sound (where his earlier material has the nostalgia of Southernplayalisticadillacmuzik) and odes to strip club music, makes him a modern day paradox. He has the ability to be as lyrical as a Nas or Jay-Z on songs like "Banana Clip Theory," "King Without A Crown" and "Multi Til The Sun Die" yet he can make me actually like a Trinidad James record with "My Trunk."

King Remembered In Time isn't an artist covering new ground, but rather cementing a legacy and proving that he possesses everything that is right with hip-hop music. The fact that he's from a place that would never get the respect it deserves in this culture just make this country boy smile a little more.