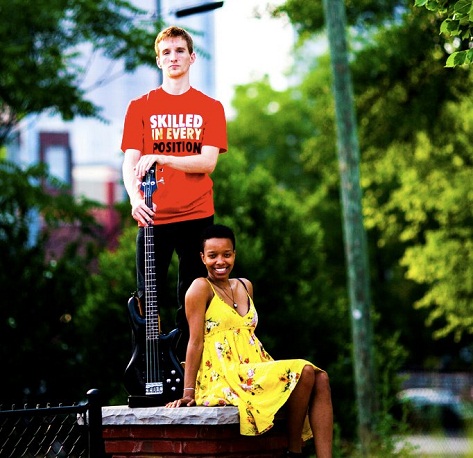 Sometimes you go searching for good music and other times it sneaks up on you and smacks you upside the head (and I mean that in the best way possible). The latter happened to me when music from Chicago alt-soul duo Milo & Otis showed up in my inbox. The twosome, which consists of singer/poet Jamila Woods (Milo) and bassist/composer Owen Hill (Otis), has been heating up the Chicago R&B scene for quite some time now. After first meeting at Brown University, they dropped their first EP Holiday! in 2011 and followed that up with their debut album, The Joy, last summer. The Joy exemplifies what the duo call "adventure soul," a deft combination of folk, rock, pop, soul and hip hop that allows their music to touch on a range of topics, some silly, some love-centric and some socially conscious. Through it all, an inviting sense of quirk can be found in their work, whether addressing natural hair ("Black Sheep"), channeling Erykah Badu on a love song ("IOU") or even addressing the plight of Troy Davis ("1108 Troy Davis"). The entire set shows that you don't have to fit a certain mold or sound in order to make soulful music. You can preview Milo & Otis' The Joy, which is available right now at the group's Bandcamp page, after the bounce.There, you'll also be able to check out the duo's first video for their track "Tiny Soldiers."