Can Pablo Nouvelle ‘Do’ No ‘Wrong’? 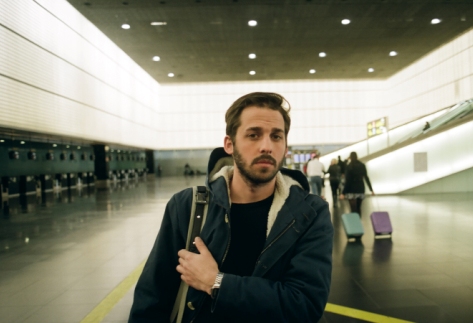 With my penchant for one-man-band outfits and a PR email that opened with the line "Nouvelle takes soul back to the future," I had to press play on the latest single from Swedish producer Pablo Nouvelle. Nouvelle, whose real name is Fabio Friedli, describes his sound as a mixture of "melancholic pop, modern soul and dance" and, while this is wholly accurate, it definitely doesn't do his work justice. Current single "You Do Me Wrong" and its b-side "Be True To Me" will instantly appeal to many, but possibly for very different reasons. "You Do Me Wrong" features an instantly recognizable sample of Marvin Gaye's "Ain't That Peculiar" set to a woozy hip-hop beat that transforms the Motown original into something a little more sinister. The flip once again features a Gaye vocal sample, this time using "I'll Be Doggone," but pairs it with a track that also samples The Cinematic Orchestra's stunning "To Build A Home," and the results are completely on point. Both these tracks are set to appear on Pablo's upcoming self-titled debut, which is set for release next month, but is actually available for free right now from his website. Elsewhere on the project you will find samples of John Legend singing Adele's "Rolling In The Deep," Billy Preston and Syreeta's "With You I'm Born Again" and Radiohead's "Reckoner" all topped off by a fantastic rework of Lianne La Havas' "Gone." This man obviously has very eclectic tastes.
Center