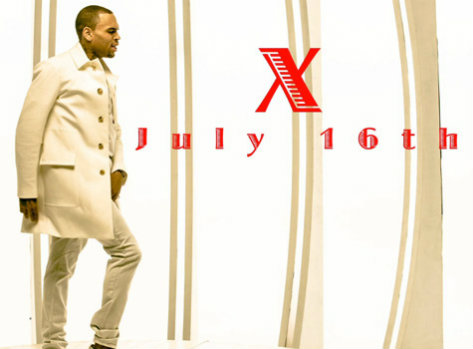 Back in 2005, I was invited to the Jive Records offices to meet their latest signee, a fresh-faced 16-year-old named Chris Brown. I was instantly taken by his Southern charm (though as a 20-something year-old, I wasn't nearly as smitten with being repeatedly referred to as "ma'am") and his danceable, fun debut album. I walked away knowing that Jive had a bonafied star on their hands and by year's end, I was clearly right. Fast forward nearly 10 years later and that innocent baby-faced cutie has been replaced by a tattooed bad boy who at times has seemed determined to sabotage his career with a laundry list of unbelievably bad decisions. He's made it way too easy for fans to jump from what seems to be a sinking ship. Through it all, I've secretly held on to hope that somebody would slap some sense in him so that he could get his act together, allowing people to pay attention to the artist once again and not the ridiculous antics that have made headlines in recent years.

He seems to be on track to do just that with the release of "Fine China," a song and video that has taken the SBHQ lots of folk by surprise with how much they actually like it. Despite the fact that I personally think that C-Breezy should stay as far away from Twitter as possible, he recently took to the social networking tool to reveal that his sixth studio album, X, will be released on July 16th. He also threw in a new song, unveiling "I Can't Win," a mid-tempo number that he admits won't be featured on X, calling it "Some shit I felt like writing that won't be featured on the album." Though the song didn't necessarily move me, it did remind me of a time when his voice and music were the only things that mattered whenever his name came up. Whether or not this break-up song is about his roller coaster relationship with Rihanna is unimportant when the topic is as relatable this one. Maybe, just maybe, Chris Brown is finally ready to grow the hell up.