‘Congratulations’ Are In Order On This New No I.D. & Common Joint 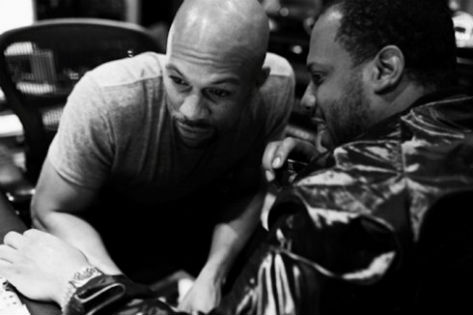 Although he's keeping busy in his role as Executive Vice President of Def Jam Records, No I.D. proves he's still got it behind the boards with the release of his latest, "Congratulations." Here he's joined by longtime collaborator Common, who flexes his superb storytelling skills as he delves into his conflicted emotions while watching a good friend walk down the aisle. Though the union seems doomed from the start, Com still offers his best wishes, albeit with reservations. Though both No I.D. and Common have enjoyed major success since they first joined forces in high school, the two men show that the chemistry still remains when they hit the studio. With James Fauntleroy and an unidentified female on the vocals, the song is a smooth and soulful return to hip-hop basics. Newcomers take note of how these rap O.G.s do it.