Disclosure ‘Settle’ Discussions About Who Will Feature On Their Album 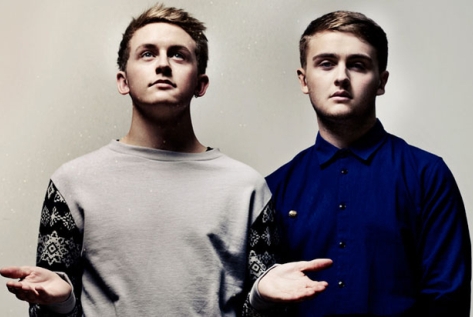 Fresh-faced superproducers Disclosure have finally let the cat out of the bag with regards to when their debut album, Settle, will be available in the US and exactly who will be featured on it. Set for a UK/ROW release on June 3rd, US Bouncers will only have to wait an extra day to get their hands on the LP thanks to a distribution deal with Cherry Tree Records, the same folks who brought PMR labelmate Jessie Ware's Devotion to US shores. In addition, the brothers have released the album's full tracklisting, and it should bring a smile to the face of many. Alongside Sam Smith, AlunaGeorge and Eliza Doolittle, who have already been confirmed thanks to an excellent trio of singles, Settle will also feature contributions from alt-pop trio London Grammar, up-and-coming singer/songwriter Sasha Keable and, returning the favor for their excellent "Running" remix, Jessie Ware. However, I'm most excited about the inclusion of Jamie Woon who seems to have all but vanished since the release of his excellent Mirrorwriting album. Peep the full tracklisting after the bounce, and mark your calendars for what will surely be a summer soundtrack for many.
Center