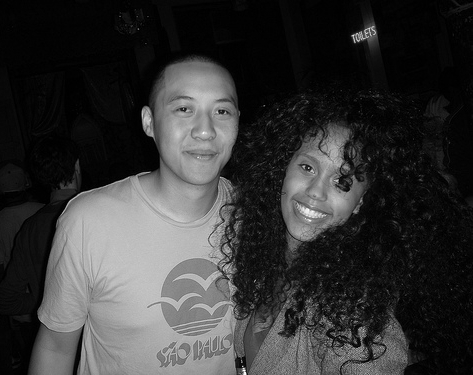 Well the first quarter of 2013 delivered some real musical gems, and, if the last two days are anything to go by, the second quarter is gonna be just as good. Kicking things off is one of my favorite producers Eric Lau with the first single from his upcoming album, One Of Many. Teaming up once again with regular collaborator Rahel, the duo revisit the magic they cooked up on tracks such as "Confession Lounge" and "Show Me" from 2008's criminally underrated New Territories. The last few years have seen Eric release a couple of instrumental albums and a hip-hop fueled EP alongside Guilty Simpson, so I'm on very pleased to hear that, assuming "Everytime" is indicative of the rest of the album, he is revisiting the smoothed-out R&B/future soul found on his debut. The single will be officially released next week and can be pre-ordered here. This one goes on repeat! [H/T: OKP]