Jay-Z Claps Back At Cuba Trip Critics On ‘Open Letter’ 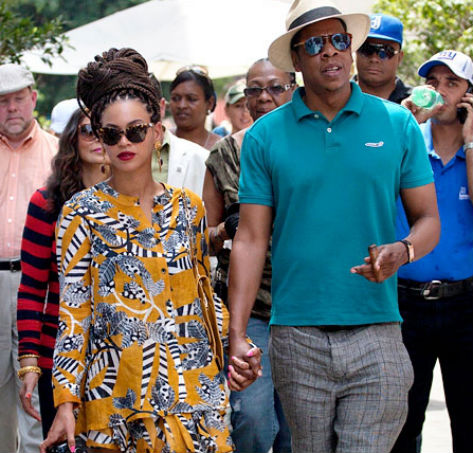 One could argue that competition is the best form of inspiration in Jay-Z's case after an uprising of new hip-hop artists have not only reached expectations of great music but have managed to surpass them (including Kendrick Lamar who featured a Jay verse on the "B***h Don't Kill My Vibe" remix). In response to criticism of his fifth wedding anniversary trip with wife Beyoncé to Cuba, comes "Open Letter" from the rapper. Jay is in his rare form here, delivering lines like "Obama said chill you gonna get me impeached/You don't need this s**t anyway/Chill wit' me on the beach," ironically similar
to a president who has the burden of whether or not he'll get a second term off his shoulders, spitting
as honest and motivated as we've heard from him in the post-Blue Ivy era. The Timbaland and Swizz Beats production is the first offering from a solo Jay-Z since last year's "Glory" and gives us hope after his uninspired bars on Justin Timberlake's "Suit & Tie." If this is any indication of what we're going to hear from his upcoming venture, then we're all in.