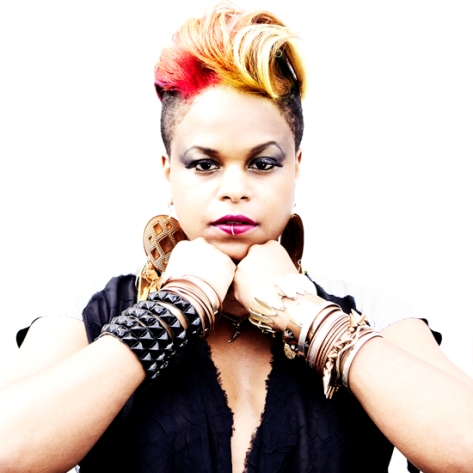 Remember Karma Stewart? One-time muse of the mighty Platinum Pied Pipers (she featured heavily on their Abundance album alongside Coultrain), she went on to release The Karma EP (produced by PPP's Wajeed) but then seemed to disappear into the musical ether as quickly as she had arrived. She did crop up briefly alongside Psaul on a scorching cover of the Chaka Khan and Rick James jam, "Slow Dancin'," but other than that things have been quiet, until now. Karma has just released a new single, "How We B," which was featured on the soundtrack to last year's The Brass Teapot, and true to form it's a funk-filled affair. Mining the '80s for its laser-like synths and heavily programmed drums, the ever-sassy songstress is determined to have a good time and take everyone along for the ride. Karma assures us that this isn't the last we have heard from her either. She is currently in the studio working on new material, so stay tuned.