And Ray J's stunt queen antics continue. Earlier this month, he released "I Hit It First," his song that is totally not about Kim Kardashian like at all, and it got a lot more heads shaking than it did toes tapping. Still, you can't keep a good attention whore down. Ray J has doubled down on "I Hit It First" and released the song's video over the weekend. Much like the song, the video is a pretty tired and clichéd affair. To drive home how much the song isn't about it Kanye's baby mama, Ray J hired a lookalike to play her role as he stunts around in (rented) mansions, private planes and cars. I wish that I could say more happens in the clip, but that's literally the entire video. Like pretty much everything he does, even his "comeback" single and video are half-assed and not very well thought out. Luckily, it's pretty much over before you can say "Who is Bobby Brackins?" If you really have some time to waste, please pay Ray J some attention. Obviously he didn't get much growing up. 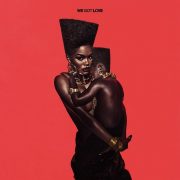