Reminisce With Ladies Of The ’90s On This ‘KhaMaxSinReg’ Mix 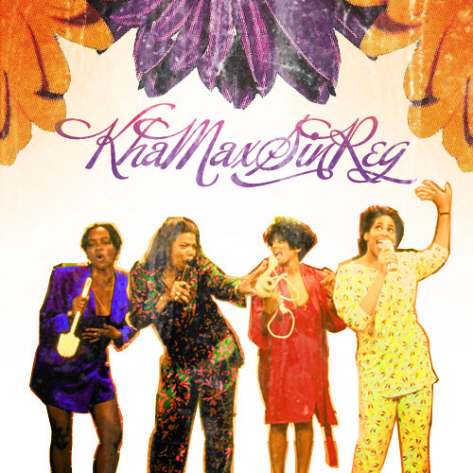 There are multiple reasons why I'm so girl power, ladies first, feminist, womanist, what have you, and it has a lot to do with growing up in the '90s and being raised on a staunch diet of uninhibited power-forward females who were knocking down barriers all while reapplying their Lipsmackers. Putting a spotlight on the women in music at that time who did just that is the KhaMaxSinReg mixtape. Derived by Merc80, the mix is a near 40-minute time warp that lives up fully to its namesake of those girls who were tight like glue from the hit 1993-1998 sitcom, Living Single -- Khadijah, Maxine, Synclaire and Regine. The 100% free set fittingly kicks off with the scene from infamous premiere episode where Khadijah and the girls sing into hair brushes and blow dryers to "My Girl" during a pure sisterhood bonding moment. (Fun fact: Living Single was originally named My Girls.) Then the set dives into a swirling mix of favorites that play as a crash course in what was so peerless about women in R&B and hip hop back then. Favorites such as TLC ("Creep"), Lauryn Hill ("Lost Ones"), SWV ("Right Here"), Zhane ("Sending My Love"), Brandy ("I Wanna Be Down") are present, with the topper of the Queen (Latifiah that is) herself on the anthem, "U.N.I.T.Y." Even some misbegotten joints from Sweet Sable ("Old Times Sake") and MoKenStef ("He's Mine") are thrown in to have you test your '90's la femme knowledge as well as reminisce on the love we had for music and artists like this. You know, in a 2013 kind of world where I'm being told to "bow down" and have to endure trifling cat fights on reality TV shows, I'm quite glad I got my '90's girls who knew what sisterhood was all about.