Sax G’s ‘Tu Me Manques’ Is Not Missing A Thing 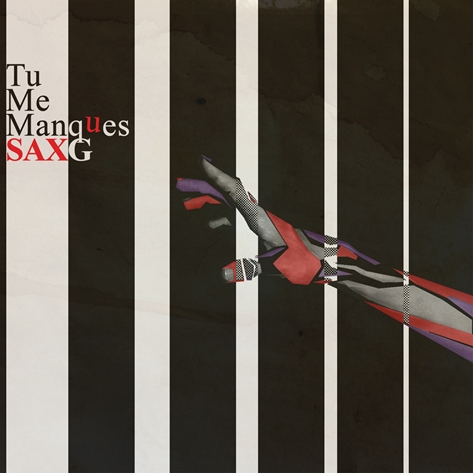 Back in February when we were introduced to Seattle-based MC/producer Sax G and his stellar collaboration with Choklate, "Get Down," I had a feeling that this somewhat elusive character was one to keep an eye on. Now, with the release of his quietly captivating debut album, Tu Me Manques, I'm realizing without a doubt that it's the unassuming ones you need to watch out for.
Center
After the bounce

Tu Me Manques is a collection of ethereal, synth driven, experimental sounds that come together to create a wholly satisfying sensual aural experience. From the opening track, "Sax's Heartbeat," it's clear this album is here to be more than just another chill out nu-soul meets hip-hop album. The subtle nuances in the production are what set it apart from the usual -- from a woman whispering sweet nothings on the aforementioned song to the sheer lack of vocals on many of the tracks. The sparsely placed vocals invite the listener to take note of every element of each track, rather than simply letting the album pass them by. It appears in the case of Tu Me Manques that less really is more. The songs are short and sweet, yet filled to the brim with stories thanks to the facets of jazz, soul and hip hop that they are made up of. When vocals are featured prominently on tracks such as on "U R Me," they are an accent to the music and enhance the intricate production.

Although it doesn't make too much of appearance on the album, Sax G's style as an MC (he's a member of hip-hop group Cloud Nice) is clear and crisp, which is most evident on "Now What?". His spoken-word style flow, coupled with a guest appearance by the flawless Choklate on the first single "Get Down" as well as on the title track, work to draw the listener further into the picture that Sax G is painting as producer with his debut. Tu Me Manques is a complexly beautiful tale of love, relationships and life that scratches well below the surface. The album will illuminate your imagination with its the atmospheric, nu-soul style offerings, while leaving you feeling a little melancholy, never moreso than when the short album is over. Who'd have thought it was possible to feel that you want more, are content, sad and yet missing someone all from the same album? Well, Tu Me Manques does just that and in doing so essentially lives up to its title.
Have a listen to Tu Me Manques below, and head over to Bandcamp to purchase your copy.