The Decoders & Jimetta Rose Give Us More ‘Reasons’ To Love Them 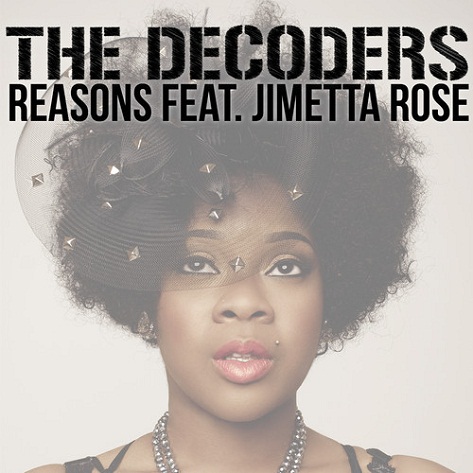 The last time The Decoders remade a song, I played it at least fifty 'leven times and then played it some more. So when word broke across the Twitterverse that the first single from their upcoming Adventures From Paradise: A Tribute to Minnie Riperton would leak soon, I watched their SoundCloud profile like a hawk. My watchfulness paid off, as today they premiered their cover of Minnie Riperton's "Reasons." Enlisting the help of the ever-talented Jimetta Rose, they take the already funky track and infuse it with elements of Afro-Brazilian samba that add yet another layer of richness. Not to be outshined, however, Jimetta's vocal performance here is one that would make Minnie herself proud. Altogether, it's a funky and soulful workout that's sure to put a smile on your face the moment you press play. Adventures From Paradise is set to drop this year in the late summer/early fall. Jumpstart your anticipation for the project by checking out "Reasons" right now.