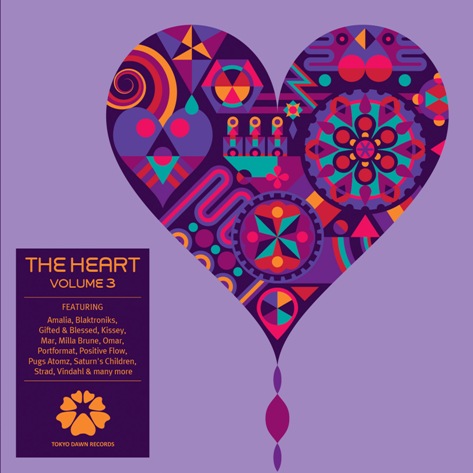 We have stated previously how much we love a new release from Tokyo Dawn Records, and that looks set to continue on into 2013 as they ready the release of The Heart Volume 3. As the name suggests, the compilation is the third in the series, which features music that celebrates love and romance in all its heartwarming glory. Previous volumes have featured TDR regulars Vindahl, Colonel Red, Amalia and Robin Hannibal (as both Bobby and part of Boom Clap Bachelors), as well as a host of established underground talent and newcomers. Volume 3 continues that trend, with the likes of Positive Flow & Omar, Vindahl & Coco O. and SoulBounce fave Mar appearing alongside some new names that we can't wait to hear. The album's official release is April 29th, but you can bag a digital copy of the album now direct from Tokyo Dawn's website. If you need further convincing take a listen to previews of Kissey's "All Night" and Mar's "My Absolute" after the bounce.
Center