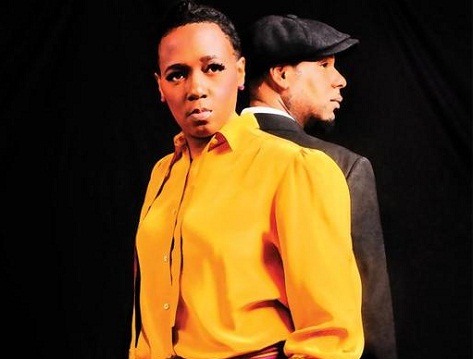 It's well known that Dionne Farris knows her way around rock, pop, soul and even hip hop, but what about jazz? If her recent collaboration with Russell Gunn and his quartet is any indication, she has no problem mastering that genre either. The two powerhouse musicians came together late last year for a two night series of Atlanta performances in which the Russell Gunn Quartet reimagined Farris' songbook. Not wanting the rest of the world to be left out, they recorded the sets and have packaged them for new album Dionne Get Your Gunn. Gunn's reworks of hits like the GRAMMY-nominated "I Know" and "Hopeless," as well as lesser known works like "Fair," are innovative and fresh, adding new layers and dimensions to old favorites. Perhaps the most transformed of the set is "I Know." The song is stripped of its buzzy guitar and funky groove, replacing the familiar elements with a fleshed out 5/4 time signature jazz groove full of piano and high hat. Instead of robbing the song of its urgency, it changes it to a heartfelt lament that allows Dionne's voice to really soar to the highest of highs. If you want to experience what happens when Dionne and Russell join forces, you can purchase Dionne Get Your Gunn via Dionne's website now. For a taste of what you'll find, check out their reinterpretation of "I Know" below and hop after the bounce for video of their performance of "Fair."


TAGS:  audio, dionne farris, Russell Gunn, Russell Gunn Quartet
Previous: Jon B Wants You To Dance Under The ‘Silver Moon’ Next: Morning Soul: We Fit Together Like A Hand In Glove