Are Quadron ‘Better Off’ With Kendrick Lamar? 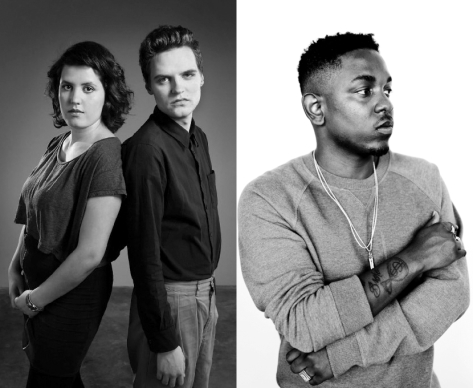 The wait for the follow up to Quadron's self-titled debut has been excruciating, but with Avalanche due to hit shelves/digital retailers on June 4th, that wait is almost over. "Hey Love" gave us a taste of a more upbeat, more vibrant (and some say more commercial) Quadron, but with that being the only track to surface, we were still unclear what direction Avalanche would be heading in. If the second release from the album is anything to go by, fans of their debut should find plenty to like. "Better Off" sees the duo return to the dreamy soul of tracks like "Average Fruit," with Coco O.'s whispery, enchanting vocals drawing the listener in to Robin Hannibal's understated groove. The track features a guest verse from man-of-the-moment Kendrick Lamar -- the only guest on the album -- and while his contribution is in no way offensive, it doesn't really add a great deal to the song and feels a bit of an afterthought, tacked on at the last minute. That said, we are always ready for some new Quadron, and June 4th cannot come soon enough.