Autre Ne Veut Is ‘Counting’ On You To Press ‘Play’ 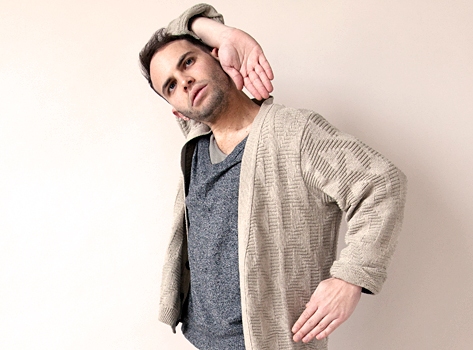 Continuing the genre overhaul that began a few years back, Brooklyn-based singer/producer Autre Ne Veut (aka Arthur Ashin) is yet another artist taking the backbone of traditional R&B and fleshing it out with something a little more outré. In fact, he has been doing this since 2010, when he released his critically acclaimed yet commercially-overlooked self-titled debut, which infused his love of '80's pop, soul and R&B with a more modern production aesthetic. That album was a hipster-friendly bedroom recording, as was 2011's Body EP, but with a new record deal he has finally made it into the studio, and the result is his sophomore project, Anxiety.
Center

Inspired -- rather surprisingly -- by Usher's "Climax" and the anxiety disorder he suffers from, the album takes inspiration from the former's combination of falsetto vocals and alternating sparse/dense production, and the latter's dark, melancholic subject matter. The album is best consumed as a whole, as themes and concepts mesh together across the 10-track collection, however the one-two punch of album opener "Play By Play" and the album's second track/first single "Counting" give a good idea of what to expect. "Play By Play" opens with twinkling synths and sparse '80's drum patterns with Autre Ne Veut's pleading falsetto riding the wave, but just shy of the three-minute mark things get a little busier as he takes the "everything and the kitchen sink" production approach, layering up sound after sound and throwing a female vocal into the mix for good measure. "Counting" is also a busy affair production wise, with Ashin proclaiming "I'm counting on the idea that you'll stay" over rapid-fire synths. At first glance this track seems to be a continuation of the relationship story in "Play By Play" but, as Ashin has discussed in interviews, the track is actually about him fearing the death of his grandmother. Dark stuff indeed, but don't let that put you off as, like most of the tracks on Anxiety, the meaning behind the lyrics is wide open to the listener's own interpretations. Take a listen to "Play By Play" and "Counting" and hear for yourself.