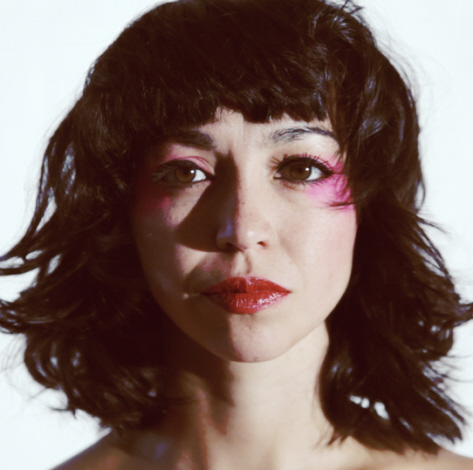 Ever had a moment where you find yourself up at like three in the morning (perpetual insomniac here!) intoxicated by the glowing screen of your computer, and out of nowhere in your net surfing you uncover something completely amazing? I was first drawn to Canadian singer/songwriter/eclectic enthusiast Maylee Todd after stumbling upon her debut 2010 album, Choose Your Own Adventure, while feigning my beauty sleep a few years ago. The eclectic mix of samba, dream pop and Isaac Hayes-inspired funk workouts just grabbed me by the collar and chose me, placing her in good company with other fave non-conforming manic pixies like Janelle Monáe (whom Todd has shared stage time with), Esthero and Róisín Murphy. Since then I was wondering about her whereabouts and was excited to know that this year she comes correct (again) with her second album, a '70's funk-disco and blues affair aptly titled Escapeology. Anchored by lofty single "Baby's Got It" and featuring fun surprises like a gut-bucket funk cover of Sesame Street's infamous "Pinball Countdown" (I kid you not), this second installment proves Todd's longevity in the game as her impeccable vocal range and kaleidoscopic nature clearly knows no bounds. Check for more Maylee Todd at her official sites, engage in Escapology below and take in visual fodder of previous single, "Aerobics In Space," and current single, "Baby's Got It," after the bounce.